Discover how Superfan became the technology leader, with its most energy-efficient BLDC ceiling fan motor technology revolutionizing the Indian ceiling fan industry in 2012. 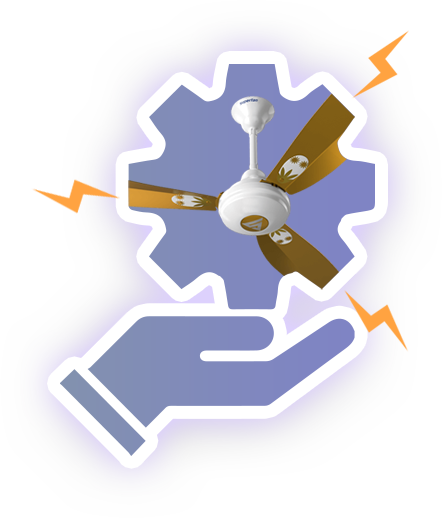 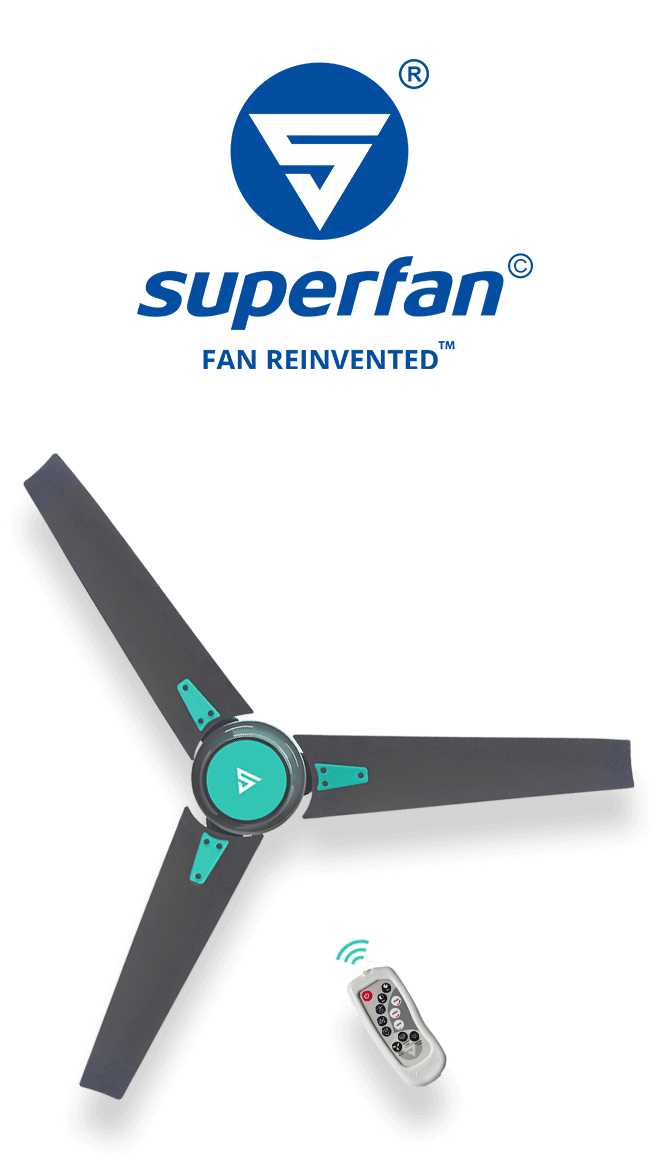 An inspiring story of Indian innovation

Versa Drives Private Limited, a 30-year-old technology company in Coimbatore, India, is an expert in motor control and embedded systems. With that expertise and experience, we have gained a solid reputation as a leading designer and manufacturer of motor control products in the country. One such product is India’s first super energy efficient ceiling fan, which is being sold under the brand Superfan. The inspiring innovation story of Superfan is about a revolution that has transformed the Indian fan industry towards a progressive and sustainable future.

It began in 2010 when Versa Drives was suggested to investigate the issue of inefficiency among fans, by panelists in a technology forum. Subsequently, we ran into the study - ‘Ceiling fan: The overlooked appliance’ conducted by Prayas, an NGO based in Pune. According to the study, there were about 40 crore fans in India that were consuming over 100 million units of electricity every day. As most of the electricity is generated by coal-based method, this consumption emits about 100,000 tons of CO2 into the atmosphere and about 200,000 liters of water is contaminated every day. Moreover, at that time the fan market was growing between 5-10% per year. The study summed up the stress on our electricity grid, pressure on the economy, the impact on the environment, and the lack of initiatives by the fan industry to resolve this predicament.

After learning about the humungous impact of the problem, we set out to find a solution and began the development with an objective to replace all the inefficient fans in India with our intended efficient solution. As 80% of fans were ceiling fans, it became our initial target. The regular inefficient ceiling fan utilizes a type of motor called AC induction motor which is inherently inefficient. It consumes about 75 W – at top speed and runs about 13 hours for one unit of electricity.

After 18 months of development, we built Brush-Less DC motor-based ceiling fans, which are now popularly known as BLDC fans in the market. This ceiling fan consumed (35 W) 50% less electricity than a regular ceiling fan (75W) while delivering the same airflow.

It was obvious that the whole industry must embrace the solution to achieve the replacement of all inefficient fans in the country with these efficient BLDC fans as per the objective set at the beginning of the project. So, we intended to supply the solution to all the popular brands, as they had the market pull to reach the consumers effectively and achieve the objective. Despite acknowledging the breakthrough, the slightly higher cost of the solution made them skeptical about its market acceptance, and the lack of pressure to introduce any progressive technology led them all to decline our offer.

We did not want such a high-impact innovation to be deterred by the inhibitions of the industry. So, we released the BLDC fans under the brand 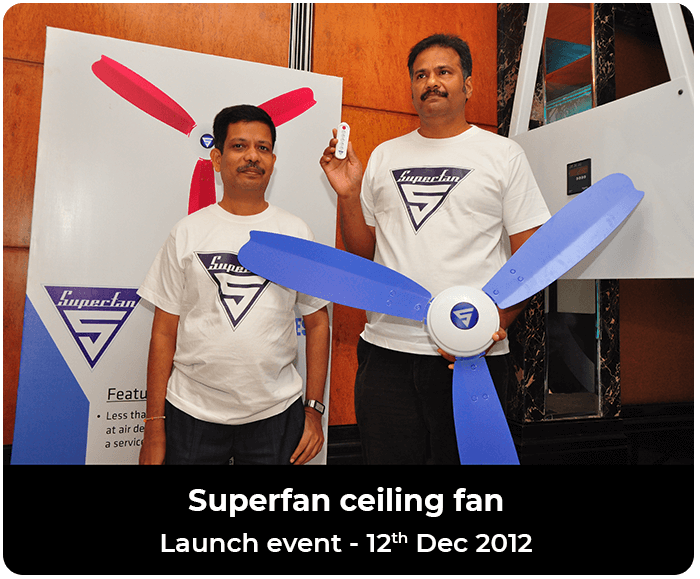 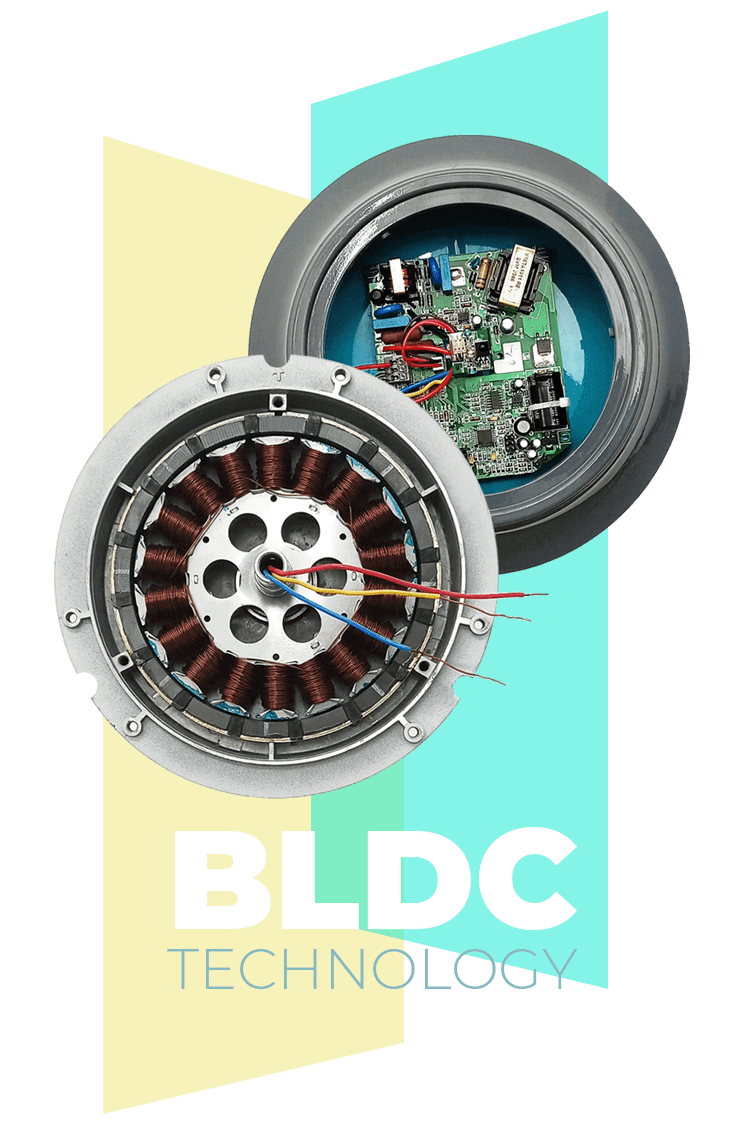 Superfan set out to resolve market acceptance and to put pressure on legacy brands to adopt efficient technologies. The market acceptance for Superfan was gained by providing missing features in regular fans like remote control, stable speed during voltage fluctuations, inverter compatibility, longer warranty, in-home product service on top of the operational benefit of over 50% more electricity savings. In subsequent years, Superfan has been recognized by many patents and awards worldwide, also Superfan has become popular in premium fan retail stores competing with major brands.

This market acceptance and recognition led to new brands with BLDC fans propping up. To force the mainstream industry to adopt efficient technology, we worked with the Bureau of Energy Efficiency (Ministry of Power, India) and the Bureau of Indian Standards (BIS) by sharing knowledge and suggestions on the technology. These efforts from Superfan and the strong progressive decision of these government agencies led to the revision of the minimum efficiency requirement and mandatory star labeling change in 2019, which has essentially banned the regular fans in the market from January 2022.

In 2020, most popular brands embraced BLDC technology and introduced their models to the marketplace. Some of them do not have the technology, so they imported the solutions from China and elsewhere. In 2012, Superfan threw a pebble in the calm waters of the Indian fan industry, creating ripples, and now the ripples have turned into a tsunami – transforming the fan industry and market.

Now in 2021, Superfan has set the industry standard once more through our new Super Q fans. This time we have worked on the blades of the fan to eliminate its shortcomings.

Typical aluminum fan blades produce a non-uniform airflow. This unsteady flow requires the motor to rotate the blades faster to produce sufficient airflow for the desired comfort. The faster rotation of blades results in unhealthy high-speed air, noise, and inefficiency. Prolonged exposure to these high-speed fans has been known to cause health discomforts like nasal dryness, muscle stiffness.

Super Q series utilizes its innovative Q-flow technology in the shape of its aluminum blades, which delivers uniform laminar airflow along the length of its blade. The increased laminar flow produces voluminous airflow at a lower speed (RPM). This type of operation makes the fan considerably quieter and produces a healthy airflow removing the health discomforts mentioned above.

Besides, the blade shape has been developed to maintain superior performance and benefits even when the length of the blades is changed to accommodate different fan sizes. Super Q is a family of fans with sizes ranging from 24 inches to 60 inches that could cater to every room in a home and every use without any loss in performance.

The combination of Superfan’s Q-flow technology blades with Superfan’s patented BLDC motor design has resulted in a 48inch (1200mm) ceiling fan that produces 260 CMM at 35 W, which is 20% more airflow than any other known 5-star rated fans and 50% more efficient than other BLDC fans.

The innovation in Super Q has been recognized by BEE (Ministry of Power, India) through their ‘Appliance of the year’ award in January 2021.

Superfan has already proved twice that we are the technology leader in the industry through our continuous innovation. Now, we have already set sights on raising the industry standard again for the third time through the next generation of efficient fans, we are calling it Hyper Q , which is expected to be available in the market later in the year.

One of the remaining impediments to this objective is inefficiency and waste in the existing sales and marketing practices of the industry. Superfan is applying its innovative approach to resolve these aspects as well. Moreover, our motor control expertise is targeting solutions that can create similar shifts in other appliances that have motors like air coolers, ACs, and pumps. We intend to initiate a similar revolution in those spaces and build a sustainable environment for our nation through indigenous technology. 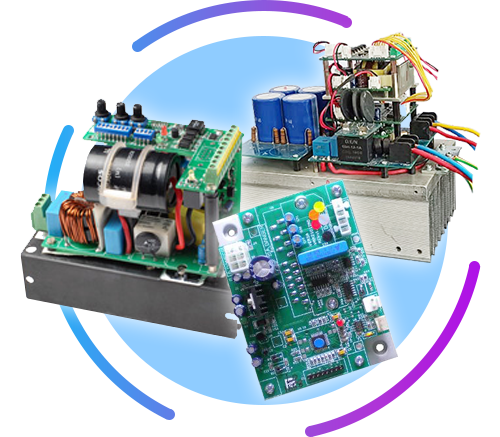 “Saving electricity with joy for a better future”

Our journey started in 1989, when Sundar and Durga began Computer Controlls Corporation (CCC) in the garage of a house in Coimbatore. It was established with the aspiration to bring innovation to counters and machine controllers used in textile, automotive testing and printing industry. CCC developed to be known for its reliable products and exceptional service. As our product line expanded, motor control became our strength, which led to the decision to focus exclusively on it. The motor control products from CCC were manufactured under the brand name ‘Versa Drives’. In 2010, Versa Drives Private Limited became a separate entity and all the businesses were transferred to it from CCC.

Versa Drives Private Limited is now one of the premier motor drive manufacturers in India that provide customized solutions to OEMs in various fields. The development team is a mix of experience and youth that specializes in the design and manufacture of motors, motor control products, and super-efficient ceiling fans that conform to global industry standards. In 2019, Murata Manufacturing Co. LTD acquired a small share in Versa Drives to collaborate on new-age motor drives that would cater to next generation motor applications.

“To save millions of units of electricity every year by designing and manufacturing innovative energy efficient motor control systems and super-efficient appliances that are a delight to the customers and offer long-lasting value. To conduct our business ethically so that it is beneficial to our employees, suppliers and shareholders.”


MEET THE TEAM BEHIND SUPERFAN

Versa Drives Private Limited has been a dynamically innovative company since 1989, and we are proud of how we have evolved 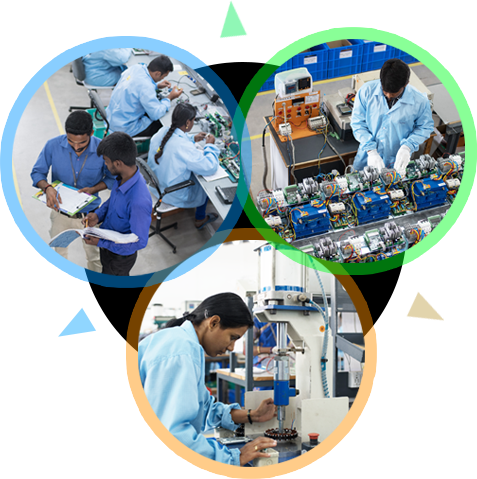 In the small ceiling fan category Superfan was shortlisted as finalist in Global LEAP Awards 2016.

Bronze award in small appliances category in 2014 by prestigious “Appliances Design” magazine, US.

For conceptualizing and bringing an innovation for the benefit of society Superfan was awarded "India Innovation Initiative Award (i3) 2013" in October 2013. 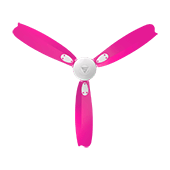 Developing a drive for BLDC motor-based ceiling fans in 2009 and little later BLDC motors to augment drives business. This move helped to create India’s first Super-efficient ceiling fan ‘Superfan’ by launching it on 12.12.2012.

While the idea of India’s own AC motor drive was sprouting we assisted our customers to migrate to alternate solutions and the new drives were manufactured and tested for conforming to the standards.

The Y2K problems created a shortage for software engineers and that made us think about exploring a new core product, it was decided to concentrate on motor controls.

The origin of Versa Drives Private Limited can be traced to Computer Controlls Corporation (CCC) started towards the end of 1989 by Durga and Sundar at Coimbatore. Our first product was an automatic testing equipment for speedometer that helped to improve productivity, this product line existed for nearly 20 years.

Be a part of this journey